Have you ever taken out a doorstep loan from a lender such as Morses Club? Did you run into financial difficulty because the loans became unaffordable? If a lender was irresponsible in lending to you then you might be able to claim a refund on the interest and charges paid. 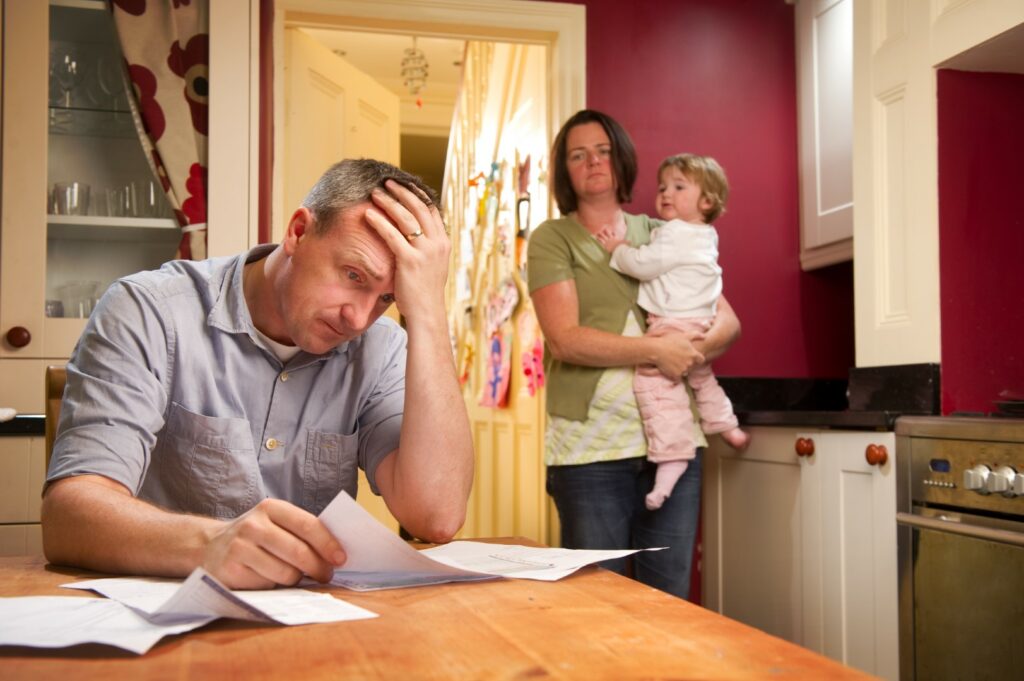 What is a doorstep or Morses Club loan?

Doorstep lending, often referred to as home loans or home credit, is where an agent, including those working for Morses Club, come to your house to offer you a loan. They’re often popular with people who like the convenience of completing the loan process and making repayments from the comfort of their own homes.

Why do people take out doorstep loans such as those provided by Morses Club?

People who need cash, and are already facing financial hardship, might find doorstep or home credit loans, their loan of choice. This is because doorstep lenders, such as Morses Club, will often lend to people with a poor credit history, who have been refused credit by mainstream lenders.

How do doorstep or Morses Club loans work?

An agent will come to your door and provide you with information on how to obtain a loan. If you come to an agreement, all the required paperwork will be completed there and then. The agent, with whom you complete the paperwork with on their first visit, will usually be the same person tasked with collecting future repayments and responding to any queries that you may have. 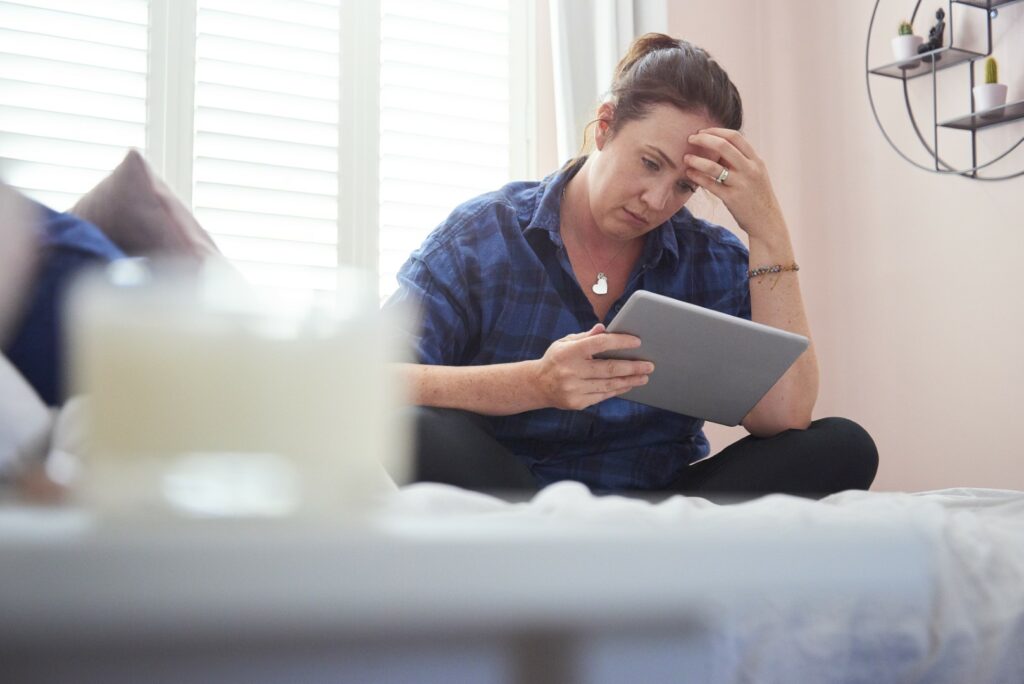 What are the requirements for a doorstep or Morses Club loan?

The representative from the loan company should request proof of identification, your address as well as details of your income. How much is subsequently given to you normally depends on your income and how much you can afford to pay back each week. However, companies such as Morses Club have been criticised for not conducting suitable affordability checks.

How much does a doorstep or Morses Club loan cost?

The rate of interest or APR on a doorstep loan is often 200% or more and they’re normally paid back weekly, over six to nine months. This APR may seem attractive, compared to typical payday loans, but because doorstep loans are paid back over a longer period of time, the total the amount you pay can be similar. As a rough guide, you might expect to pay back £150 to £180 for every £100 you borrow.

In addition to Morses Club, who else offers home loans?

This list is by no means exhaustive but some other doorstep loan providers include:

When is a doorstep or Morses Club loan classed as ‘unaffordable’?

Taking out multiple loans is often a sign that someone is struggling with their debts and loan providers are under an obligation not to take advantage of this. According to the Financial Conduct Authority, a doorstep loan is deemed unaffordable if you can’t make the repayments without borrowing more money, using your overdraft, or failing to pay your priority bills resulting in you getting into further debt.

What if I always paid my doorstep / Morses Club loan on time? Could it still be classed as ‘unaffordable’?

Yes. Even if you always paid your loan repayments on time, it would still be classed as unaffordable if you had to borrow more money to do so. This might be because you had to keep refinancing or taking out top up loans to keep up with the repayments. In these cases, the lender should have realised that your life was being made more difficult when you kept increasing your borrowing. A responsible lender should have suggested you pay one loan over a longer period, with no additional interest, but all too often people are just offered bigger or more loans.

What bad practices or tactics have doorstep loan providers used to encourage borrowing?

Leading charity, Citizens Advice has warned of irresponsible lending in which people were not being given adequate checks to make sure that they could afford to take out the doorstep loans. One example they dealt with included lending to a woman who had very little disposable income because she already had a legally binding debt plan to repay nearly £20,000. Despite this, she was still given three doorstep loans by three separate providers - despite them being aware of her situation.

Citizens Advice also raised concerns about lenders putting pressure on people already struggling with repayments to take out new loans as well as turning up unannounced to encourage further spending. We’re aware of agents making unplanned visits around times people typically have extra expenditure e.g. prior to children returning to school or in the run up to Christmas etc. encouraging customers to get into further debt.

In some of the worst cases Citizens Advice reported harsh debt collection methods including intimidating behaviour from doorstep lenders, who earn commission from collecting repayments. This included a case in which a man was visited by a lender on the same day his son had died. The lender refused to leave until a family member went to an ATM to withdraw cash. Another case saw a lender harass a blind pensioner for payments while she was in hospital after suffering a stroke - despite already being told not to visit.

What can I claim a doorstep / Morses Club loan refund for?

If lenders, such as Morses Club, have let you take out lots of loans without doing proper affordability checks then you may be entitled to have the loan stopped and claim a refund for:

You can also ask for any negative information contained on your credit records to be removed.

What if I’m in arrears, can I still get a doorstep / Morses Club loan refund?

Sometimes, despite your best efforts, you might struggle with your repayments and fall into arrears. According to the Financial Conduct Authority, where there is an ongoing claim against a lender, then the lender must not keep asking for payment without providing clear justification or evidence as to why the claim is invalid. However, where possible you must always try to make your contractual payments as missed payments could affect your credit rating.

I want a doorstep / Morses Club loan refund. What will it cost me to make a claim? Do I have to pay anything upfront?

We work on a ‘no win, no fee’ basis so if you’re unsuccessful you won’t have to pay us a penny. However, if you are successful, we deduct a success fee, capped at 25% plus VAT of any monies we recover on your behalf. You don’t have to pay anything upfront.

How do I make a doorstep / Morses Club loan refund claim?

It’s really simple, just call us on 0808 273 0900 for free initial, no obligation advice. Alternatively, fill in our contact form and a member of our dedicated financial mis-selling team will be in touch soon. CEL Solicitors specialise in mis-sold doorstep loan claims and our friendly advisors will guide you every step of the way. 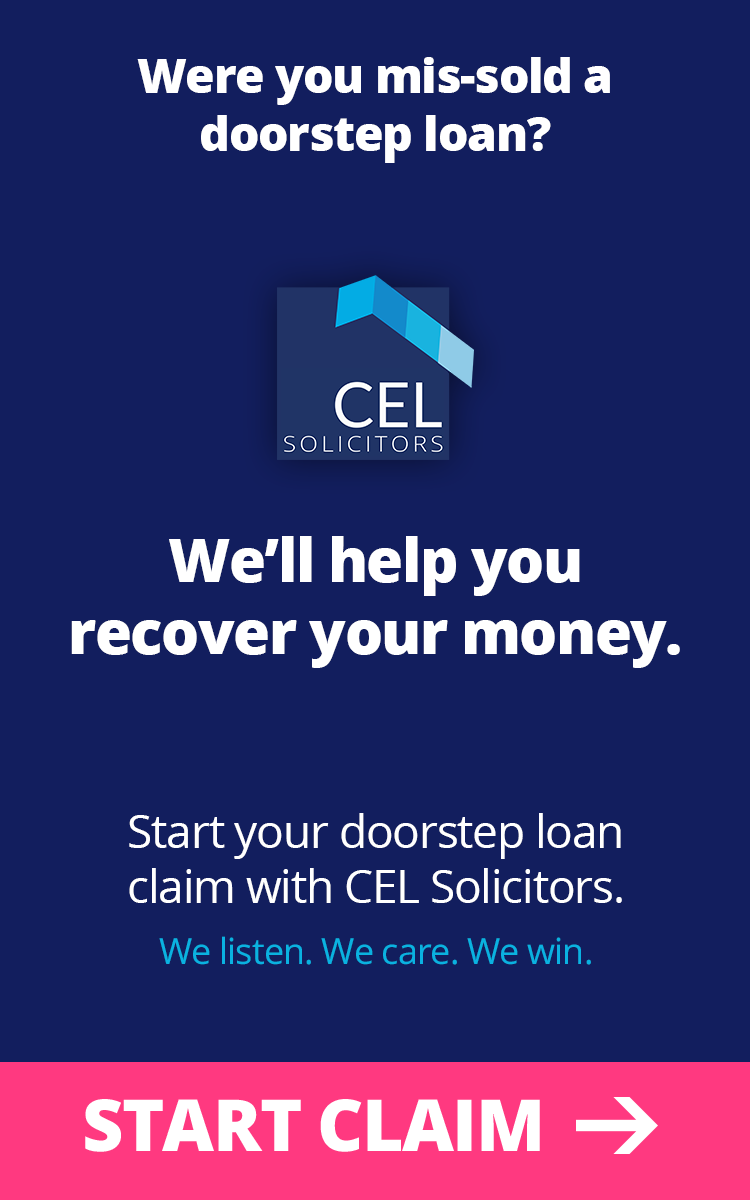