Over 40 million adults in the UK – three-quarters of the population – have already been targeted by scammers this year, according to Citizens Advice. This represents a 14% increase from last year, which shows the scam epidemic in the UK is showing no signs of slowing down.

The latest wave of scams is seeing fraudsters jump on the cost-of-living crisis with impersonation scams dominating. This includes scammers posing as family members claiming to feel the squeeze and also impersonating trusted utility providers as consumers wrestle with rising bills.

Current scams to watch out for include:

Bank of mum and dad scams

Parents are being targeted via text or WhatsApp by scammers posing as their children. Explaining they’re calling from a new number, as their phone has been broken or lost, the scammers ask to borrow money. The stories they use change, but the rising cost of living is a common theme that’s proving effective among worried parents.

As energy bills continue to soar, the government has announced a £400 discount for everyone, and an additional £300 payment for pensioners who receive the winter fuel allowance. Both will be applied automatically, but scammers are targeting victims by text and email, asking for personal information or bank details so that ‘payments can be processed’.

People in council tax bands A to D are set to receive a £150 rebate on their bills to ease the cost-of-living crisis. Much like the energy bill discount, this will be applied automatically. However, fraudsters are capitalising on this by contacting victims and asking them for personal and bank details so the money ‘can be transferred’.

Snowballing food prices are seeing consumers increasingly looking for deals. Unfortunately, scammers are catching people out with fake supermarket offers. This included a bogus Facebook advert purporting to be from Iceland. The box of essentials, supposedly worth £40, as well as the chance to win a £500 gift voucher, was a rouse to steal people’s information.

As people grapple with higher bills it’s little wonder some are struggling to make ends meet. Sadly, scammers are cashing in on this by requesting advance fees for fake loans. Scammers impersonate lenders with professional-looking websites to dupe cash-strapped people out of their hard-earned money.

Commenting on the number of people being targeted by scammers, Ryan Beeley, a solicitor that specialises in no-win, no-fee fraud and scam claims at CEL Solicitors, said: “The fact that three-quarters of adults have been targeted by scammers already this year, demonstrates the scale fraud in the UK, which is now reaching unprecedented levels.

“Scammers typically prey on people’s vulnerabilities but targeting people who are already worried about or are struggling with the cost-of-living crisis is especially cruel. We’d therefore urge people to be extra vigilant given most people are likely to receive phishing attempts, if they haven’t done so already.”

If you have been targeted by criminals and have lost money, our dedicated fraud and scam teams are on hand to offer support and advice, and to help you get your money back. Call today on 0808 273 0900 or apply online and a member of our team will be in touch. 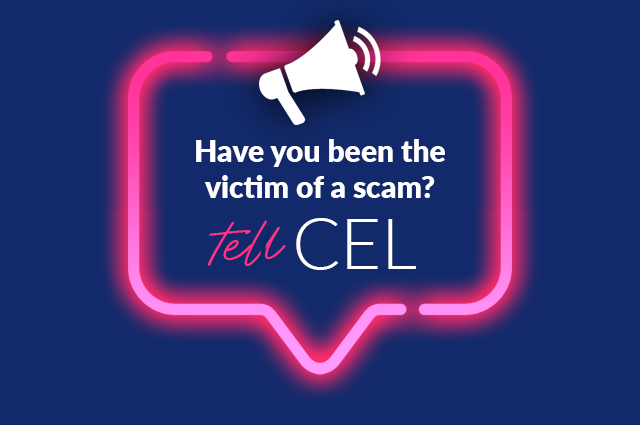 Have you been the target of scammers?

If you have lost money to a scam, tell CEL. Our dedicated fraud and scam teams are here to help you get your money back.