How to identify Japanese Knotweed

Japanese knotweed, an invasive weed that is plaguing hundreds of thousands of UK homeowners, can be difficult to spot. This is, in part, due to its changing appearance throughout the year. Here, CEL Solicitors, specialists in Japanese knotweed claims, explore how Japanese knotweed changes dependant on the season.

Japanese knotweed shoots begin to appear in early Spring, usually at the base of old canes (where Japanese knotweed is more than a season old). The new shoots emerge as red or purple asparagus-like spears (around 1-3cm in diameter). The Japanese knotweed leaves are normally red (or green with red spots) and are initially rolled up at this time of the year. However, once the leaves have opened, normally after a few days, they turn bright green. Once spring is well and truly underway, the former red or purple shoots appear as dark green canes and become easier to spot due to their rapid growth.

Japanese knotweed is easiest to spot during the summer months when its hollow stems, now dark green with purple speckles, start to resemble bamboo canes, reaching up to 3 metres (or 10 feet) in height. In the warmer months, the plant will grow rapidly, quickly taking over large parts of the garden. The heart shaped green leaves will also grow bigger and have distinctive ribs and veins. You’ll also see small, cream, or white, coloured flowers developing towards the end of summer. These will grow in clusters (approximately 0.5cm wide and 10cm long).

In the autumn, the characteristically bright green leaves turn yellow and the plant sheds seed cases. The leaves and flowers eventually begin to wilt and die back. By mid-autumn the leaves, which have now turned brown, fall off the stems leaving behind pale, straw coloured canes, which take on a more rigid form as winter approaches.

Whilst Japanese knotweed appears to die back during the winter months it would be foolish to assume that the problem has gone. During the coldest months, all that remains above the ground, are pale, straw-coloured canes (not unlike bamboo). However, despite this dormant phase the plant is still very much alive. In fact, a Japanese knotweed infestation can easily spread underground in the winter months via its root system, or rhizomes, as they’re commonly referred to. It’s only in the spring, when new shoots begin to emerge, that people realise the problem is still there.

Japanese knotweed can be difficult to identify but homeowners must be vigilant to its distinctive leaves, flowers, stems, roots and seeds.

This invasive weed can significantly reduce a property’s value so if you’re concerned you might have Japanese knotweed on your land then it’s best to check. CEL Solicitors specialise in Japanese knotweed claims so here we explore its distinctive features.

Japanese knotweed leaves are often described as heart, shovel or spade shaped. This is because they have a rounded base and pointed tip. Each leaf is staggered on the stem, forming a distinctive zig-zag pattern. The leaves are green, with obvious ribs and veins, and can grow up to 20cm long. Single plants feature dozens of these leaves, which are perfectly designed, to deliver energy to the plant’s roots, and encourage growth.

Japanese knotweed flowers are creamy-white in colour and form in clusters called panicles. They bloom in late summer or early autumn – typically during August and September. The clusters of Japanese knotweed flowers are approximately 0.5cm wide and 10cm long. Nestled among green, heart shaped leaves, they combine to create dense foliage or a large vegetative mass that can spread rapidly. Dying back in October, the flowers leave behind hollow stems during winter.

Japanese knotweed stems begin as pink or red shoots that are like asparagus in appearance. The stems are edible at this point and are popular with foragers in the UK. As the plant grows, the stem takes on a greenish hue with mauve spots before becoming browner with purple speckles when it reaches maturity. At its full height of 2-3 metres, it is no longer edible, and each stem can be snapped by hand. The stems, which are not dissimilar to bamboo, look like canes, growing in clearly defined segments with a hollow centre.

Japanese knotweed roots, called rhizomes, can grow up to three metres deep and seven metres wide, with individual rhizomes growing up to 20cm thick. These tough, woody roots can be very difficult to remove. Dark brown on the outside and orange on the inside they can usually be snapped by hand unless they have grown into a larger clump or ‘crown’ as they’re sometimes referred to. Japanese knotweed crowns, which form at the base of the stems over many years, can cause serious problems for homeowners. Walls, pavements, hard surfaces and even building foundations can be displaced or damaged by these roots. Worryingly, tiny fragments of Japanese knotweed roots can form new plants and spread. In fact, a piece as small as 10mm in length, or 0.7g in weight, has reportedly resulted in a new Japanese knotweed plant.

What should I do if I’ve got Japanese knotweed?

Japanese knotweed is an incredibly invasive weed that can damage your property, reduce the value of your home and be expensive to treat (in some cases costing up to £10,000 to remove). We would recommend checking the presence of Japanese knotweed using our FREE Japanese knotweed checker and then having a free, no obligation chat with one of our advisers to see if you can make a Japanese knotweed claim to recover your losses.

Who can make a Japanese knotweed claim?

It is illegal to allow the spread of Japanese knotweed in the UK so if a land owner hasn’t treated it on their land, and has therefore been negligent in allowing it to spread on to your land, then you can make a claim. You can also claim if you’ve recently purchased a house if the surveyor didn’t pick it up or the seller didn’t disclose it. In both of these circumstances, you can claim for: damage to your property, the reduced value of your home as well as the cost of treatment.

To find out if you have a Japanese knotweed claim just upload an image of the Japanese knotweed found on your land here. Alternatively, you can email images to info@celsolicitors.co.uk or, if you would like to speak to an advisor, you can call 0808 273 0900. 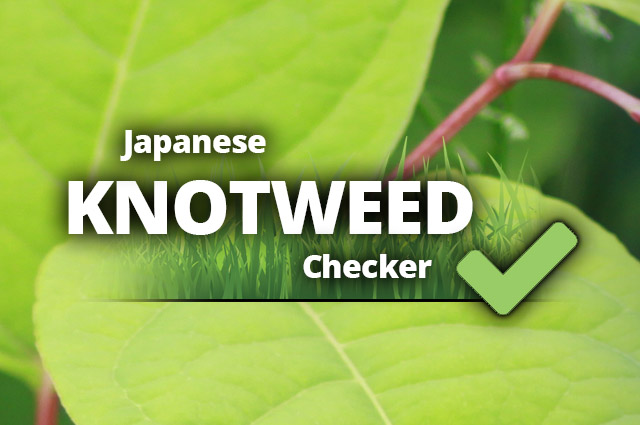 Use our FREE knotweed check. Our experts can verify knotweed using your uploaded photographs.