Residents living near Brickfields Park in Worcester have said that Japanese knotweed is running ‘rampant’ following the recent heatwave. Locals from the Worcestershire town now fear the spread of the weed, from the park to their gardens, will devalue their properties by thousands of pounds.

The concerned homeowners have complained to the council – who own and manage the park – but are said to have repeatedly ignored their calls for help to stop the Japanese knotweed from invading their Worcester homes.

Speaking to the Daily Mail, Dennis Hodson, a 73-year-old whose home backs onto the park, said: “The knotweed has gone rampant in the park and it’s coming up in our gardens now, including mine which is just 20 metres away. It’s a bit of a nightmare.

“It’s getting to about six foot tall in the park and I’ve tried calling the council, but they haven’t done anything. The plant is just about to seed which will spread it even further. The time to act is now. I also spoke to groundsmen in the park, and they told me it wasn’t anything to do with them.

The retired gardener said that the council previously cut the Japanese knotweed back but in recent years hadn’t taken any action to stop the spread of the weed which is now encroaching on nearby residents’ properties.

He said: “Two or three years ago they used to cut it back, which is never going to get rid of it, but now they’re not even doing that. I managed to remove it from my borders a few years ago using a strong weed killer but it just comes back.”

Another concerned resident added: “The knotweed just keeps getting closer and closer to our homes. It’s like a scene from The Day of the Triffids and the mixture of the very hot weather and then heavy rain has just made it grow out of control.

“The council do nothing to help and we all worry about the impact it’s having on the value of our homes. I certainly wouldn’t want to buy a house which is at risk of being taken over by this thing.”

A spokesperson for Worcester City Council said: “We are aware of the Japanese knotweed growing at King George V Playing Fields and our specially-trained staff will stem-inject the plants in the coming days.

“It will take a few weeks to die off and we will do a follow-up treatment in a month and another next year to ensure it is dealt with. If this Japanese knotweed has spread to properties from the playing fields, residents can get in touch with us and we can treat it accordingly.”

“It can be a real headache for homeowners as it’s difficult and expensive to remove. However, homeowners don’t have to incur this cost. It is illegal to allow the spread of Japanese knotweed in the UK so those affected can claim for treatment as well compensation for the impact on their property’s value.”

Are you worried about knotweed growing on your property? Tell CEL. Our specialist Japanese knotweed solicitors are on hand to offer free initial advice and guidance and will let you know if you have a suitable case. We work on a no-win, no-fee basis to make sure you have nothing to pay upfront, and nothing to pay unless we win. Call on 0808 273 0900 or apply online and a member of our team will be in touch. 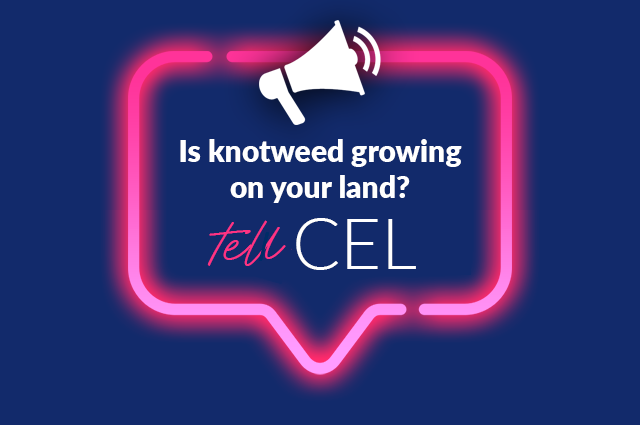 Tell CEL. Our specialist solicitors are on hand to help you remove this pesky plant from your property.